Last Saturday night saw Wingless Sprints WA celebrate what has been a great 2016-17 season with their annual presentation night, which was held at Golden Ponds in Baldivis.

Along with operating raffles and auctions on the night, with all funds raised going towards the club’s 2020 Australian Championship campaign, Wingless Sprints WA also took the opportunity to honour a number of drivers and club people for their efforts and achievements throughout the season, with Greg Migro, Merv Lowther and Garry Walsh commencing the proceedings by receiving life memberships, sponsored by the club itself. 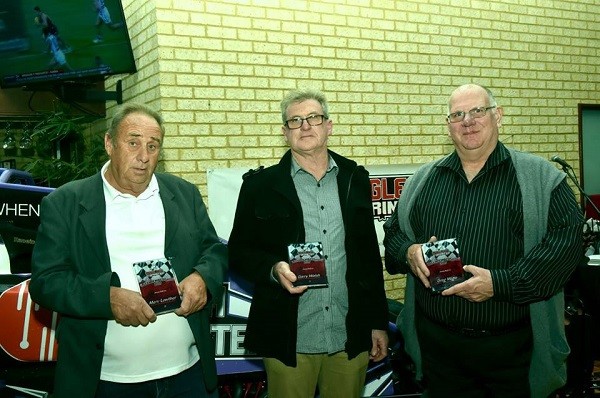 It was current and three-time WA Champion Tom Payet who was awarded the first place trophy for the Perth Motorplex Fast Series (Wingless Sprints WA), ahead of Brendon Wedge and Daniel Hartigan, while the top three was mirrored in both the Club Championship (Adtech Computers) and the Country Series (Cutts Engineering), with Hartigan managing to get the edge over his competitors to take first place, with Brad Taylor and Ashley Pittard placing second and third respectively.

Perhaps one of the most prestigious honours, the Driver’s Driver Award (Fellowes Flooring) was presented to Matty Fellowes, as voted by his peers, for his outstanding comradery and likeability, while Dean Gittos was the pleased recipient of the Sportsmanship Award (Trophy West) for demonstrating similar traits.

After displaying strong form during his debut season, Brody Miller was named Rookie of the Year (Ultra Tune Cannington), with Fellowes doubling up, receiving the Most Improved Driver Award (Country Rugs).

In addition to receiving the trophy for the Fastest Lap of the Season (Wingless Sprints WA), with a 17.234 second lap, Hartigan also picked up the Most Feature-Race Wins Award (Wingless Sprints WA), having closed the season with an impressive six victories. At the other end of the spectrum, Dylan O’Connor received the Hard Luck Award (Adtech Computers), after what was a challenging season, while the Crash of the Year (Fellowes Flooring) went the way of Daran Humfrey, following a massive rollover back in April.

The lucky winners of the Kerry Madsen and David Priolo framed photo collages, donated by Richard Hathaway Photography, along with Julie Thompson and Jason Jones, were Kaye Keen and Kenny Hillman. 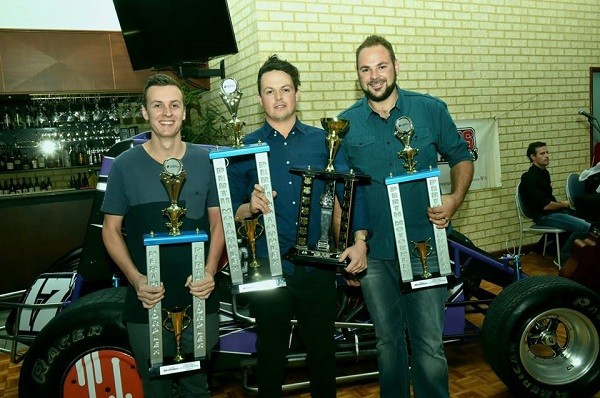 A number of other items that were generously donated and auctioned off included a full set of tyres from KeenQuip, a crate of vintage cabernet merlot from Carldenn Wineries and Humfrey, a limited edition Jack Daniels merchandise pack from Brown-Forman, Tom Rogers and Brad Fitzgerald, two floor rugs from Country Rugs and Ewen Fellowes, an engine oil pack from Racin Tyres and Accessories, Brent Vosbergen and Wedge, shock, cleaning and can racks from Racemate, Peter and Blake Scarey, and Wedge, and a dinner for two and two family fishing packages from Tony at Golden Ponds.

Wingless Sprints WA would like to thank the owner of Golden Ponds, Tony, and function managers Chris and Jaz, along with all of the volunteers, committee members and sponsors involved for helping to make this season’s annual presentation night a huge success.