To win one state title is good, but to be on the cusp of winning three consecutively is remarkable, and that’s exactly what Tom Payet will attempt to do when he hits the Perth Motorplex this Friday and Saturday night for the season 2016-17 Des Nash WA Wingless Sprint Title.

Just 22 years of age, the defending and two-time Champion has been a force to be reckoned with in previous seasons and will no doubt put up a strong defence in his effort to achieve a WA Title hat trick this Friday and Saturday night. 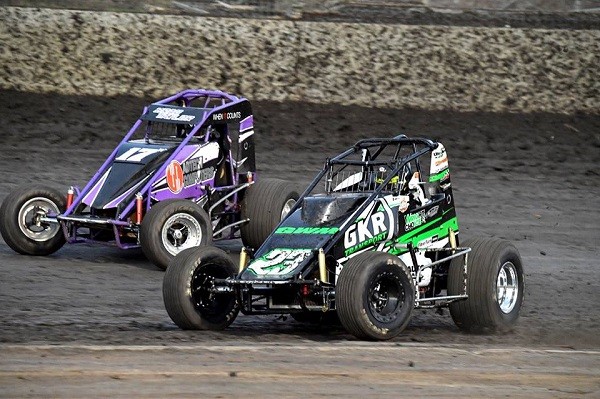 Taking the fight to Payet will be his best friend, current and two-time Australia Champion Daniel Hartigan, who will be hoping to go one better after running second to Payet in the 2015-16 season running of the event. Hartigan has been in solid form of late, having recently won both nights of competition in the Manjimup Shootout at Manjimup Speedway over the New Year period.

Former WA Title holder Dean Gittos knows what it takes to achieve a state title victory and he will be hoping to regain the crown, while Bunbury’s Kyle Beard is very strong around the Perth Motorplex, having won the Track Championship there last season. Beard will definitely not make it easy for his rivals.

Matthew Iwanow has proven that he can win feature races, having scored the victory in the first race of the 2016-17 season at the Perth Motorplex over Hartigan and Payet, while rookie Brody Miller is also not to be discounted, after giving an impressive performance recently to finish just off the podium in fourth in the Manjimup Shootout.

Being held at one of the country’s premier speedway venues – the Perth Motorplex – the 2016-17 season Des Nash WA Title will take place over two big nights.